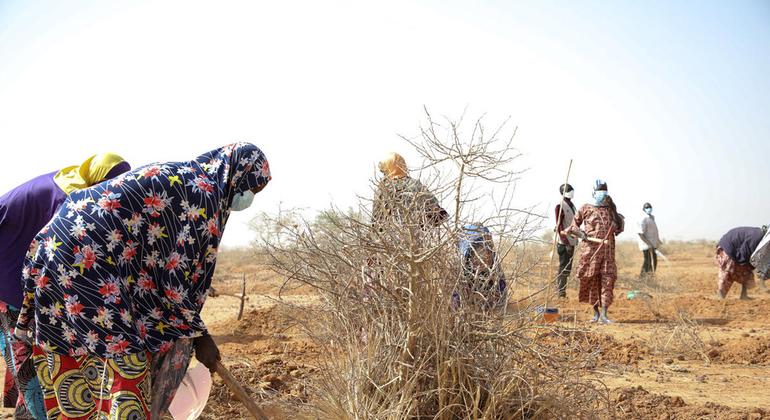 Ahead of International Women’s Day, celebrated on 08 March, UN Secretary-General António Guterres has insisted that the world “cannot emerge from the pandemic with the clock spinning backwards on gender equality”.


Mr. Guterres highlighted the contribution that women have made to ending the COVID-19 pandemic, hailed the ideas, innovations and activism that are changing our world for the better, and welcomed more women leaders across all walks of life.

However, as the UN chief pointed out, women and girls have frequently borne the brunt of the consequences of the virus spreading worldwide, which have included girls and women being shut out of schools and workplaces, led to rising poverty and rising violence, and seen women doing the vast majority of the world’s unpaid but essential care work.

Other measures recommended by the UN chief include gender quotas, that could result in the world benefiting from more women leaders.

The theme for this year’s International Women’s Day is “gender equality today for a sustainable tomorrow”, underscoring the fact that women bear a disproportionate burden of the impacts of the climate crisis, and that they need to be central to the solutions for a sustainable planet.

The Action Coalition for Feminist Action for Climate Justice, is helping to make sure that this happens. The Coalition, which brings together governments, private sector companies, the UN system and civil society, is part of a drive to bring about global action and investment, with a focus on financing for gender-just climate solutions.

These include increasing women’s leadership in the green economy, building women’s and girls’ resilience to climate impacts and disasters, and increasing the use of data on gender equality and climate.

To find out more about the ways that women are leading the fight against the climate crisis, read our feature series, “Women Building a Sustainable Future”.

Well-known member · From New York
The United Nations is an international organization founded in 1945. Currently made up of 193 Member States, the UN and its work are guided by the purposes and principles contained in its founding Charter.

The UN has evolved over the years to keep pace with a rapidly changing world.
But one thing has stayed the same: it remains the one place on Earth where all the world’s nations can gather together, discuss common problems, and find shared solutions that benefit all of humanity.